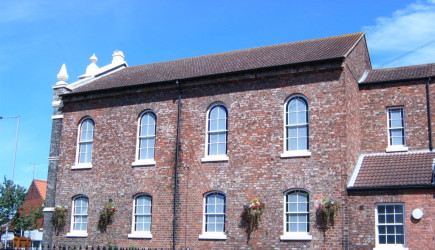 Selby Town Hall is a uniquely intimate performing arts centre based in a 150 year old former Primitive Methodist chapel. It sits at the west end of the high street and, with an ever increasing and fiercely loyal fan base, acts as a cultural hub in this historic North Yorkshire market town.

The venue opened as an arts centre in 2003, and has developed a strong reputation as a receiving house which programmes high quality national and international touring artists from the worlds of folk, comedy, blues, theatre, pop, rock and Americana.